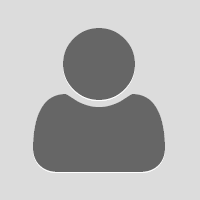 Jennifer M. Urban was appointed by California Governor Gavin Newsom in March 2021 to be the inaugural Chair of the California Privacy Protection Agency Board. Urban is a Clinical Professor of Law at the University of California, Berkeley School of Law, where she is Director of Policy Initiatives at the Samuelson Law, Technology & Public Policy Clinic. Prior to joining Berkeley Law, she founded and directed the USC Intellectual Property & Technology Law Clinic at the University of Southern California, Gould School of Law. Before that, she was the Samuelson Clinic’s first fellow and an attorney with the Venture Law Group in Silicon Valley. She holds a B.A. in biological science (concentration in neurobiology and behavior) from Cornell University, and a J.D. (with law and technology certificate) from Berkeley Law.

Chris Thompson is the senior vice president of government relations for LA28, where he works with city, state, and federal lawmakers to develop and advance policies to create an amazing Olympic games experience in Los Angeles for athletes and fans. Prior to LA28, he spent seven years at Southern California Edison, spearheading the organization’s community and local government relations. While there, he also led the development of the strategy to decommission the San Onofre Nuclear Generating Station. Previously, he spent a decade at the US Senate, most notably as chief of staff for Senator Dianne Feinstein, overseeing the legislative agenda, communications, and political strategy. He began his government career as a legislative assistant to Representative Julian Dixon. In addition to serving on the California Privacy Protection Agency board, he is proud to serve on the boards of PBS SoCal, California Science Center, and the Public Policy Institute of California’s Statewide Leadership Council. He received a BA from the University of California, Santa Barbara.

Lydia de la Torre is the President Pro Tem’s nominee to the CPPA Board. Since 2017, de la Torre has been a professor at Santa Clara University Law School, where she has taught privacy law and co-directed the Santa Clara Law Privacy Certificate Program, a cutting-edge program that enables students to graduate ready to practice privacy law. She also has served as of-counsel to Squire Patton Boggs, where she specialized in privacy, data protection, and cybersecurity. She is leaving the law firm to take on this appointment, and during a short transition out of the firm, she will not be participating in any firm meetings or business related to the CPRA. Lydia de la Torre is an international expert in data protection issues generally and in the European Union’s General Data Protection Regulation (GDPR) in particular. Her expertise will bring a unique knowledge to the CPPA Board and to California in its examination of these international issues at the state level. 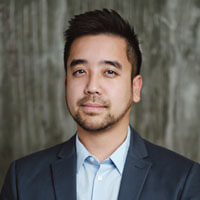 Vinhcent Le is the designee of Speaker Anthony Rendon. Le currently serves as a Technology Equity attorney at the Greenlining Institute, focusing on consumer privacy, closing the digital divide, and preventing algorithmic bias. Le’s work has helped secure funding to increase broadband access, improve and modernize the California Lifeline Program, and create a program to provide laptops to low-income students in California. Prior to his current position, he served as a law clerk in the Orange County Public Defender’s Office, the Office of Medicare Hearing and Appeals, and the Small Business Administration. Le received a J.D. from the University of California, Irvine School of Law, and a B.A. in Political Science from the University of California, San Diego.